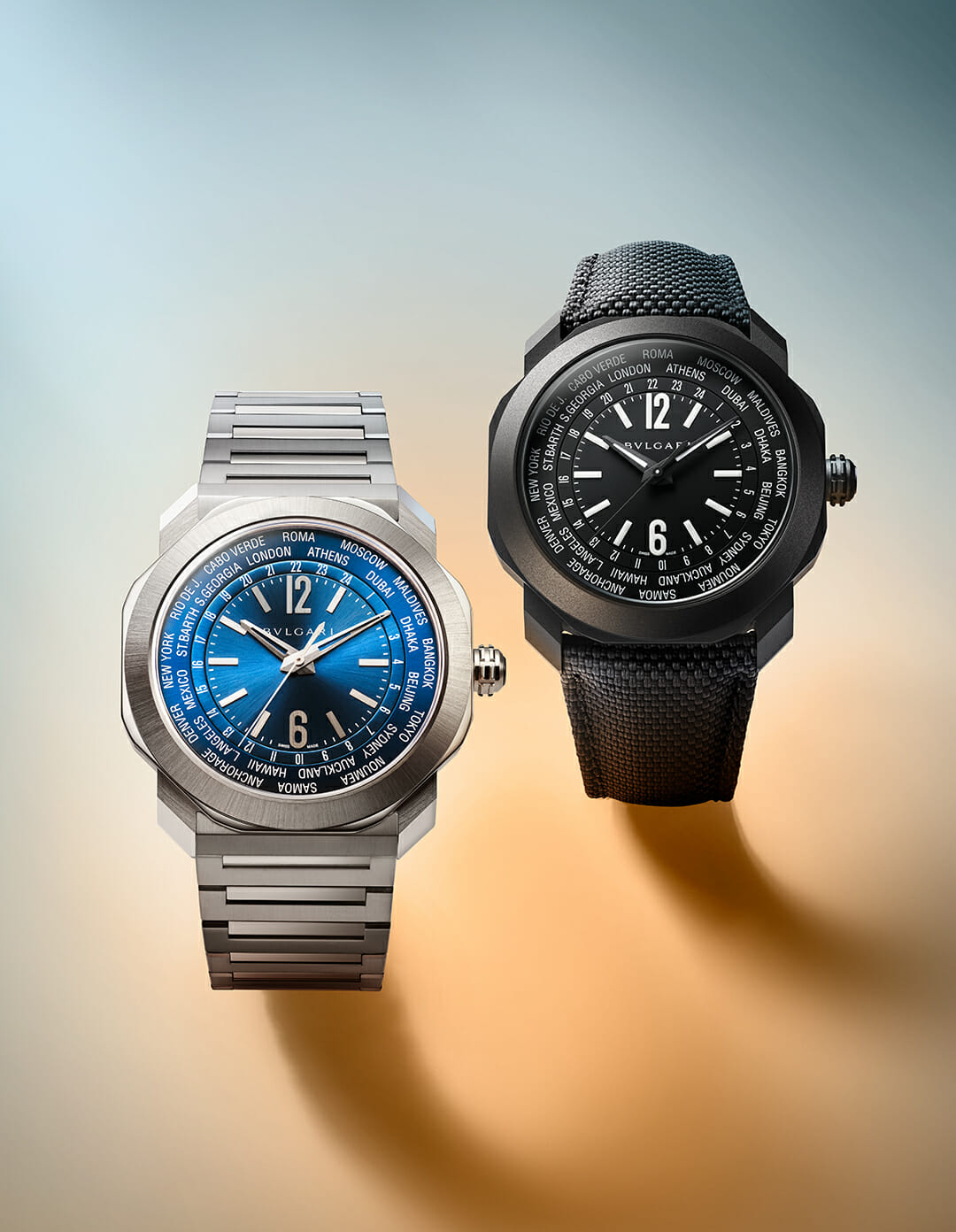 Coming in on the back of successful showings at the LVMH Watch Week and Watches & Wonders, Bvlgari is poised to dazzle yet again at the Geneva Watch Days tradeshow. After breaking yet another ultra-slim world record for its Octo Finissimo Perpetual Calendar and presenting the complex Octo Roma Carillon Tourbillon this year, Bvlgari is not resting on its laurels as it seeks to solidify its status as one of the most exciting watch brands currently.

The best way to understand the dense and rich world of Bvlgari is to embark on a journey of discovery into a world where the only limits are set by extreme creativity. Travel, physically or imaginatively, is the theme of Bvlgari’s creations as the world slowly recovers from the effects of the pandemic. 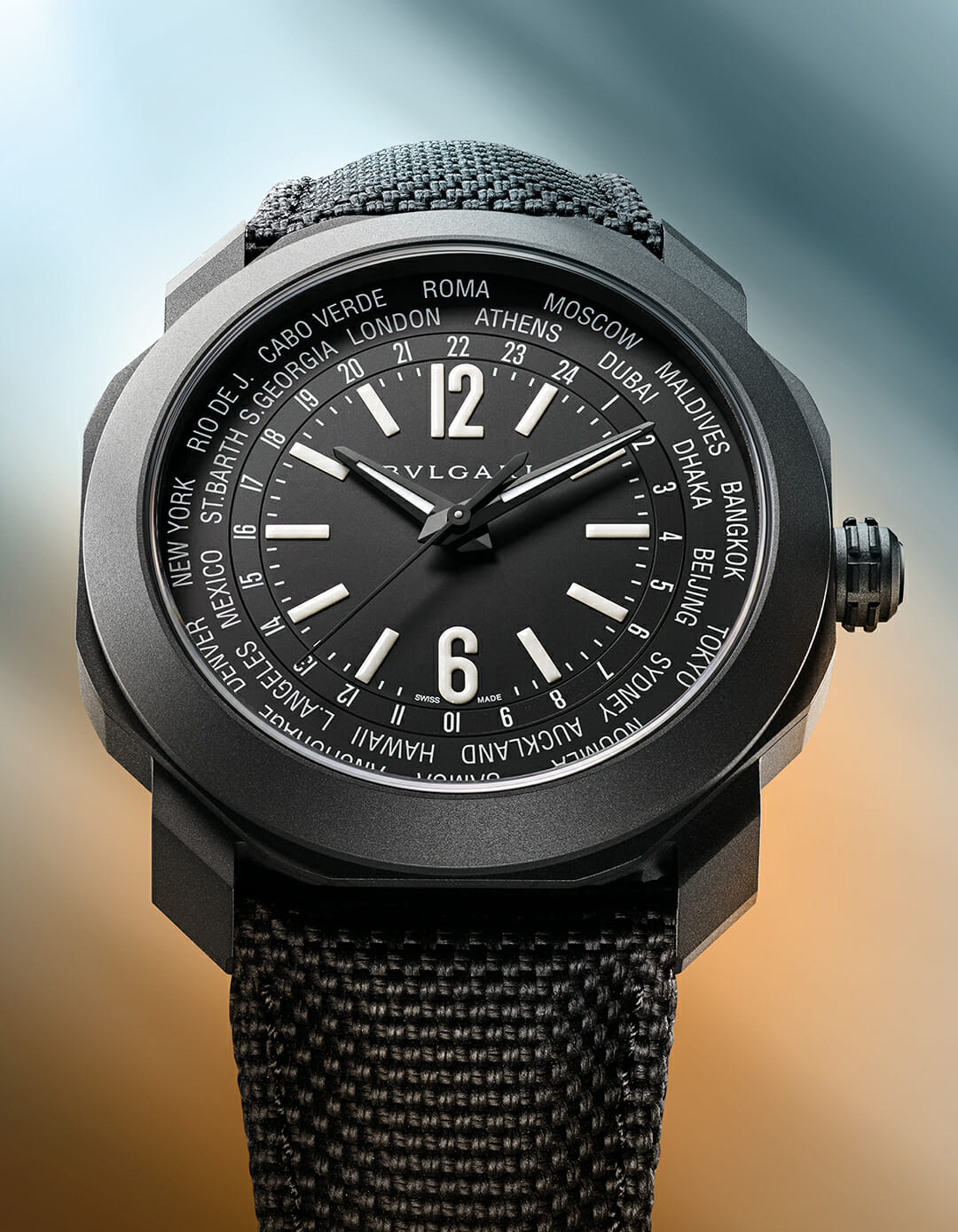 Fronting the launch of Geneva Watch Days is the Bvlgari Octo Roma Worldtimer, the quintessential companion for globetrotters. The worldtimer can trace its roots back to 1931 when Louis Cottier successfully devised the complication. At a glance, it is capable of showing the times of 24 different time zones. Bvlgari’s incarnation of the worldtimer complication is driven by a new integrated automatic calibre BVL257 developed by the Manufacture in Le Sentier and housed in the Octo Roma case. 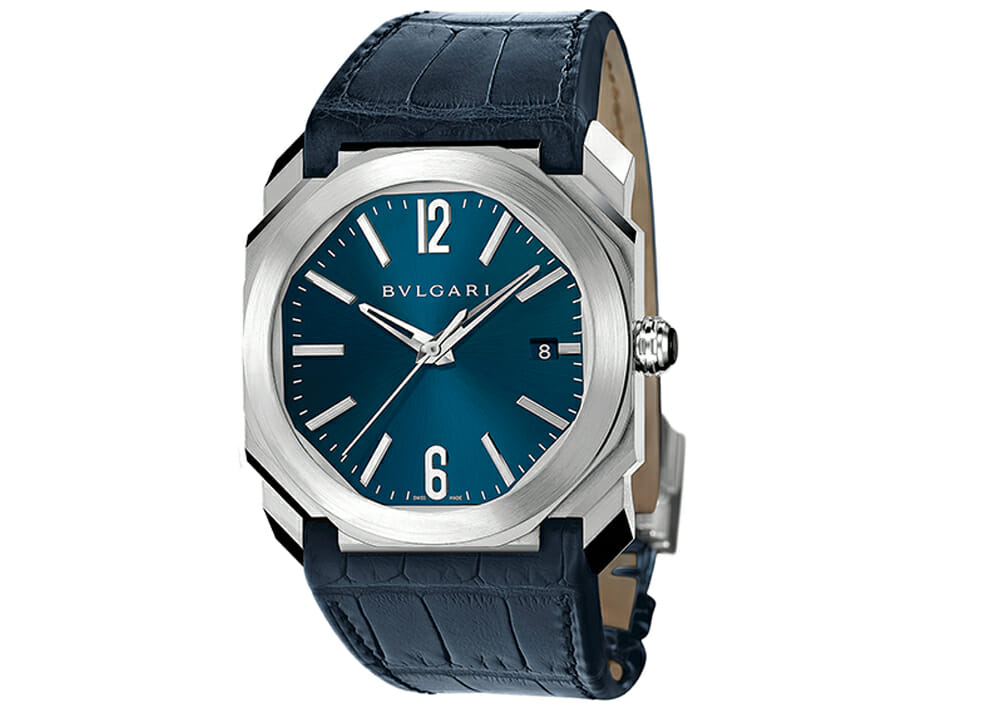 The Octo Roma extension was released in 2017 as a descendant of the Octo Solotempo and is regarded as the sleeker cousin of the Octo Finissimo. Both the Octo Roma and Finissimo bear the characteristic Octo shape and bezel but differ in the number of facets, with Roma’s 58 facets coming in around half that of the Finissimo’s 110. The general design of the Roma is different as well with its beefier construction compared to the svelte Finissimo. 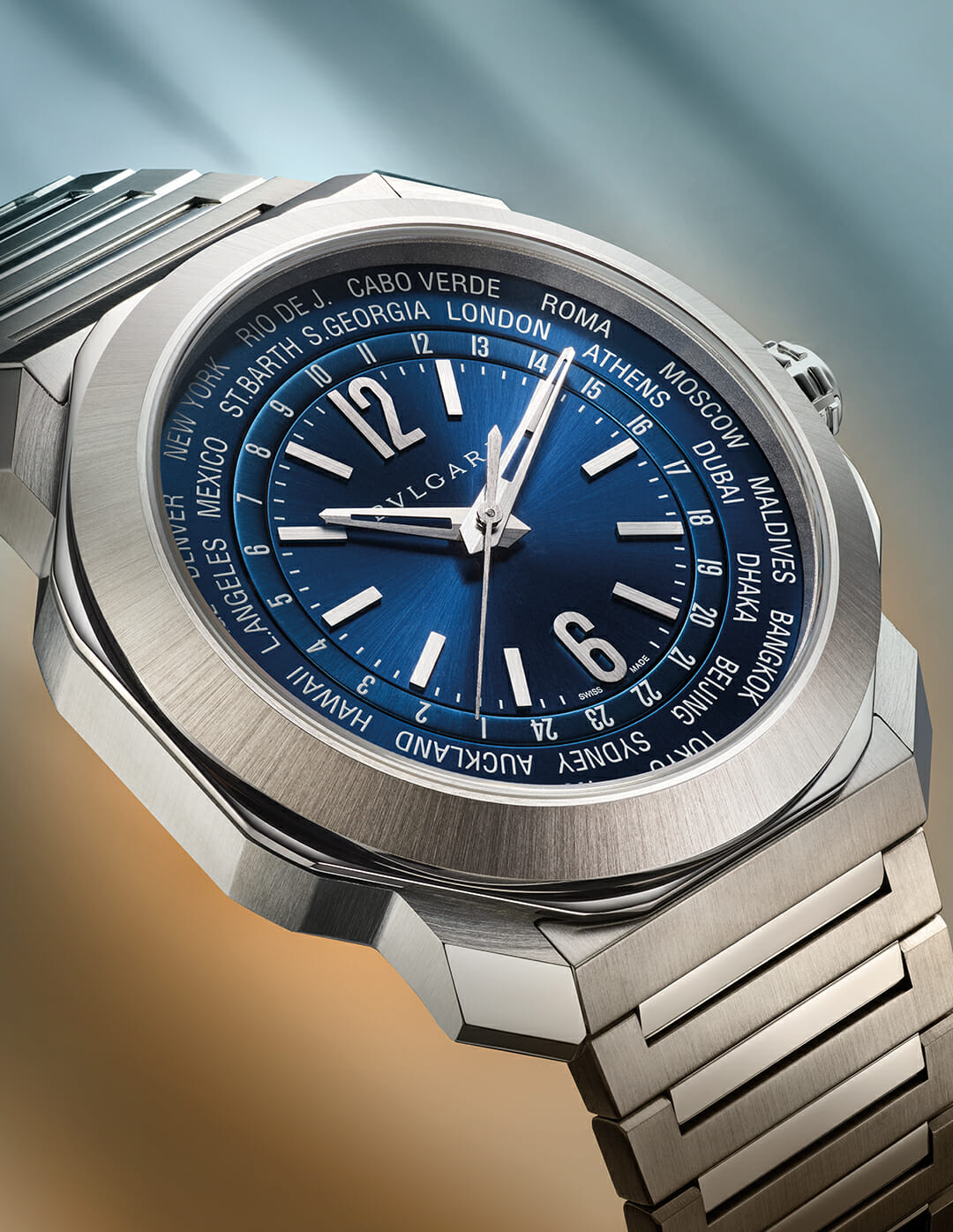 Bvlgari presents two takes on the 41mm Octo Roma Worldtimer — one in a stainless steel case paired with a matching integrated steel bracelet and the other in a black sandblasted DLC case paired with a black rubber strap. As a reflection of Bvlgari’s energised spirit, the 24-city ring is tweaked slightly to showcase vibrant cities or to highlight certain cities where Bvlgari has a hotel or plans to open one. The super-cool St. Barts replaces Bermuda to represent the Caribbean; Maldives, Athens, Cabo Verde make an appearance while Roma naturally takes the place of Paris.
—
Divina Mosaica 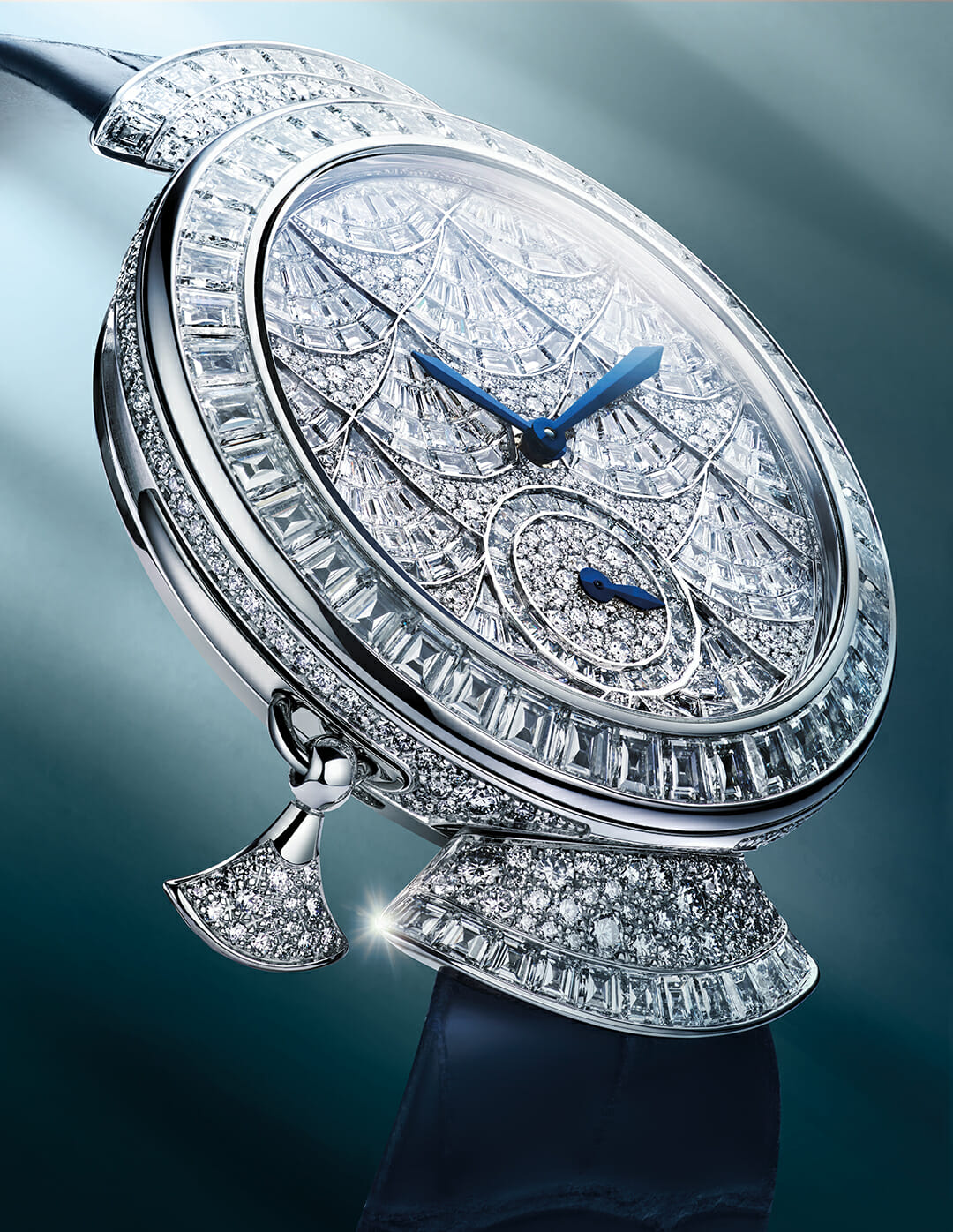 Travel back in time to the glorious Baths of Caracalla as Bvlgari harmonises its fine jewellery expertise with the art of fine watchmaking for an exceptional timepiece that pushes creative boundaries to the limits. Built between AD 212 and 216/217 according to historians, the Roman architectural splendour is the source of inspiration for the Bvlgari Divina Mosaica Minute Repeater. For a creation that stems from a collection that has consistently demonstrated impeccable craftsmanship and elegance through a rich variety of interpretations, the Divina Mosaica Minute Repeater naturally required decorations worthy of its noble stature. 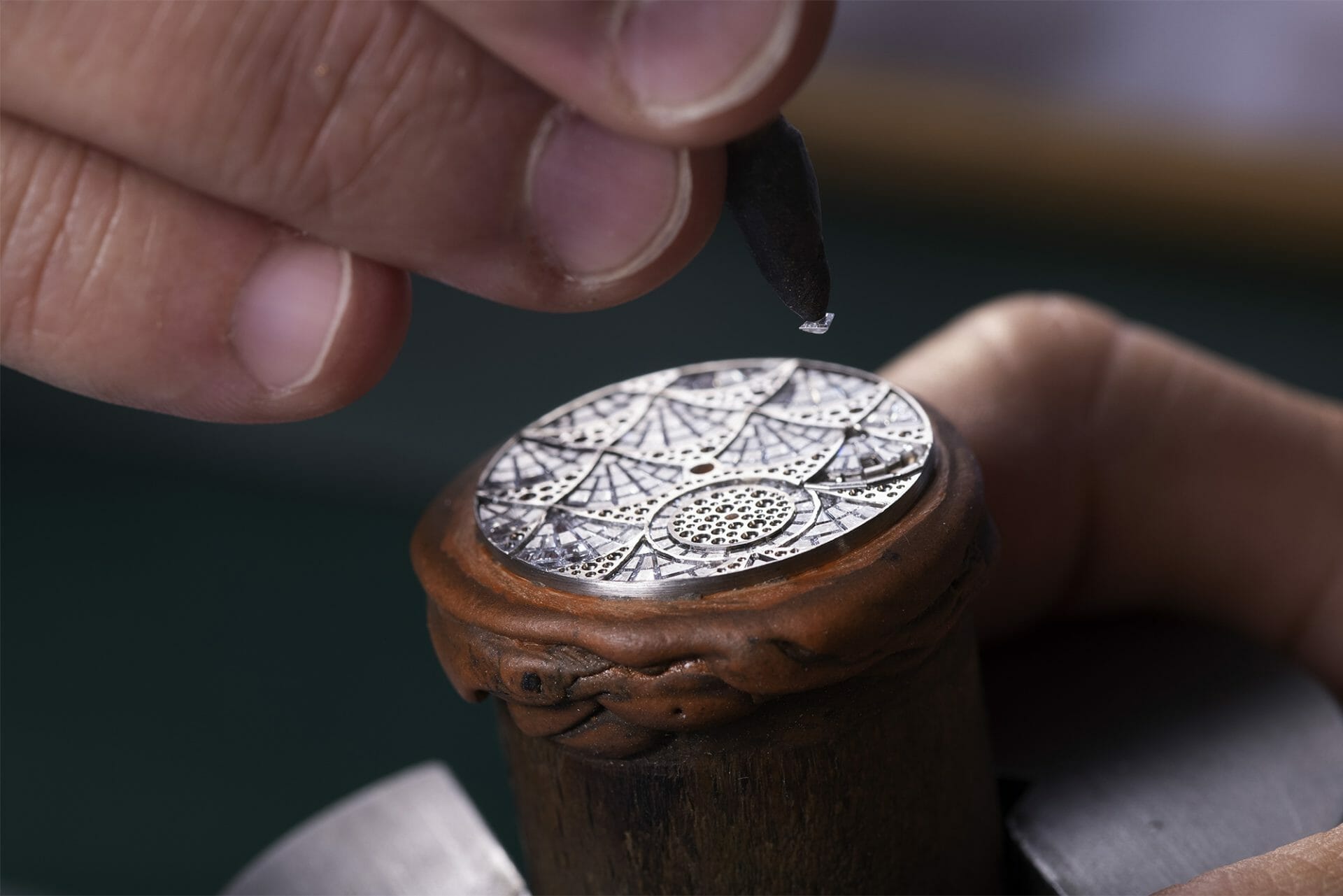 Set with brilliant and baguette-cut diamonds across the dial, the fan motifs are a tribute to the fan-paved floor mosaics that lined the hallways of the Baths amongst its other lavish decorations. A total of 689 diamonds approximating 11.6 carats adorn the entire watch which extends from the dial to the bezel, case, voluptuously curved lugs and the “lucky charm” made in white gold. 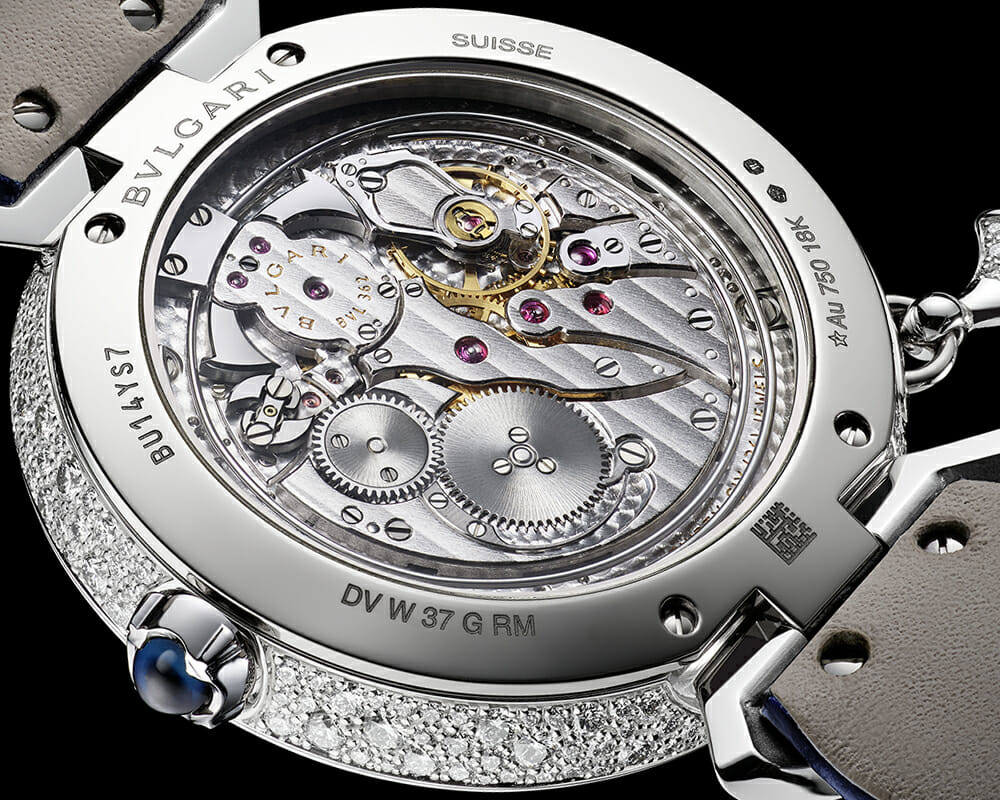 Beneath the spectacular dial art is an equally impressive mechanical creation that demonstrates the pizzazz of Bvlgari’s Sinfonia Della Meccanica. Expressing the intangible emotion of music with complex mechanics is the world’s thinnest minute repeating movement, the Bvlgari calibre BVL 362 measuring 3.12mm thick. The ultra-thin calibre first debuted in the ultra-thin world-record-setting Octo Finissimo Minute Repeater in 2016 and now graces the Divina Mosaica Minute Repeater. Immerse in aural pleasure as the calibre chimes the hours, quarters and minutes on demand, activated by sliding the “lucky charm”. 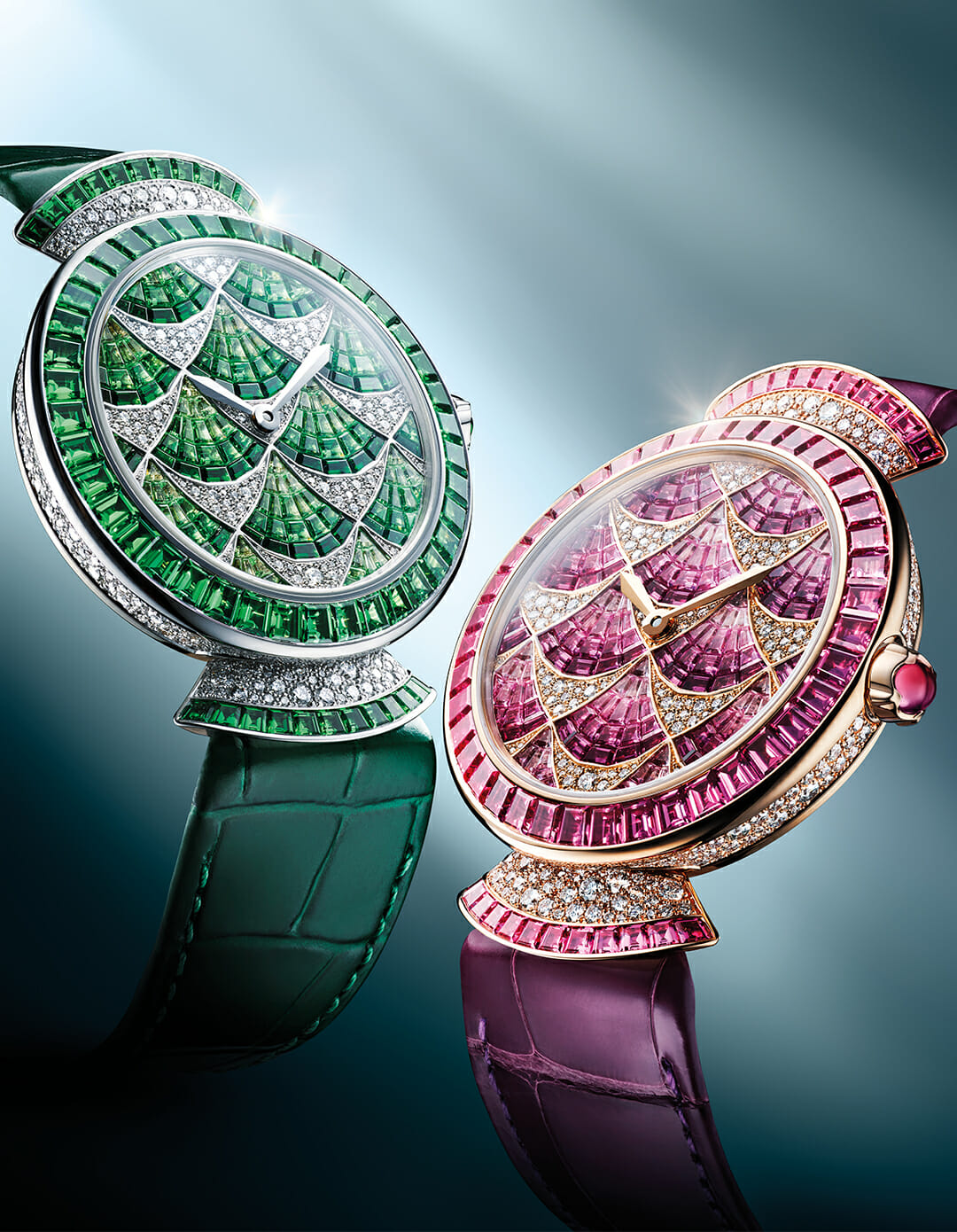 Bvlgari’s brilliant creation does not end there as the Divina Mosaica Minute Repeater is accompanied by two other timepieces that highlight the chromatics of the Baths of Caracalla with alternating baguette-cut gems (green tsavorites or pink sapphires) and diamonds. The Divina Mosaica Pink Sapphire and Tsavorite are presented in a rose or white gold case respectively and are powered by Bvlgari’s automatic calibre BVL 191.

James Kumar, Benjamin Kheng and Sonia Chew On Their Own Personal Heroes