Shotaro was added to the NCT lineup in 2020 and was first introduced as a part of the group for the “NCT 2020” project. Even before he became a part of the group, however, he had a considerable following on TikTok where he made dance cover videos with mostly his own choreography!

As soon as he became an idol, an NCT idol at that too, his popularity shot through the roof! Fans couldn’t help but notice how different he was on and off the stage. He completely lets himself go on stage where he performs with zeal and power whereas, off the stage, he is the sweetest, most gentle, and soft-spoken person ever! Similarly, when he is performing, he shows no sign of holding back. However, when he’s speaking to fans or the members, he’s definitely shy.

Here are 5 photos from Shotaro’s Instagram that prove that he’s probably one of the coolest NCT members ever!

1. Rocking with the glasses 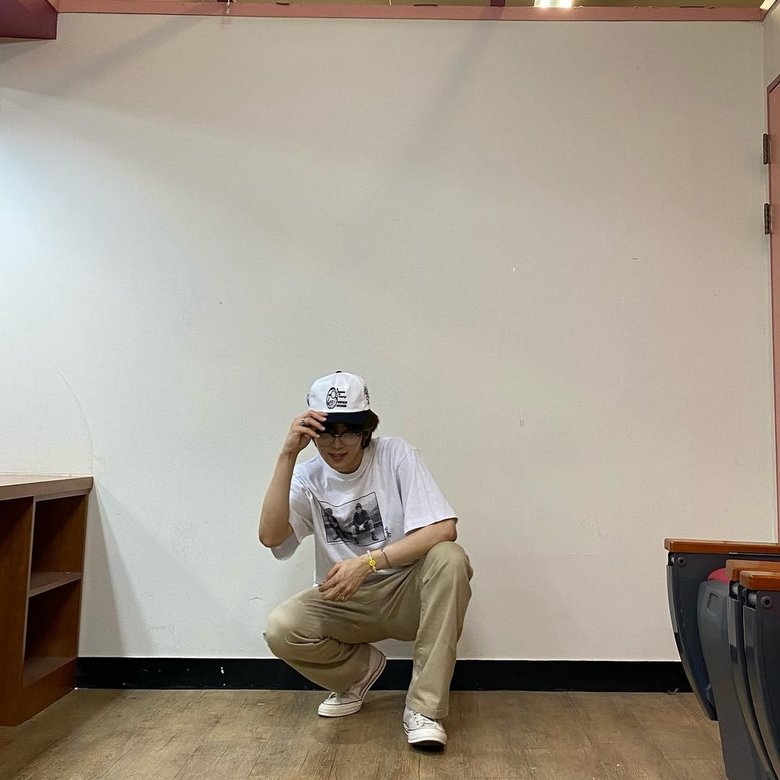 NCTzen have often pointed out that Shotaro looks particularly handsome with his glasses. He proves the same with these pictures where he’s doing his favourite squat pose, wearing a white-tee with some beige pants, sporting tousled brown hair and a pair of glasses that are very well suited to the fit and his face. 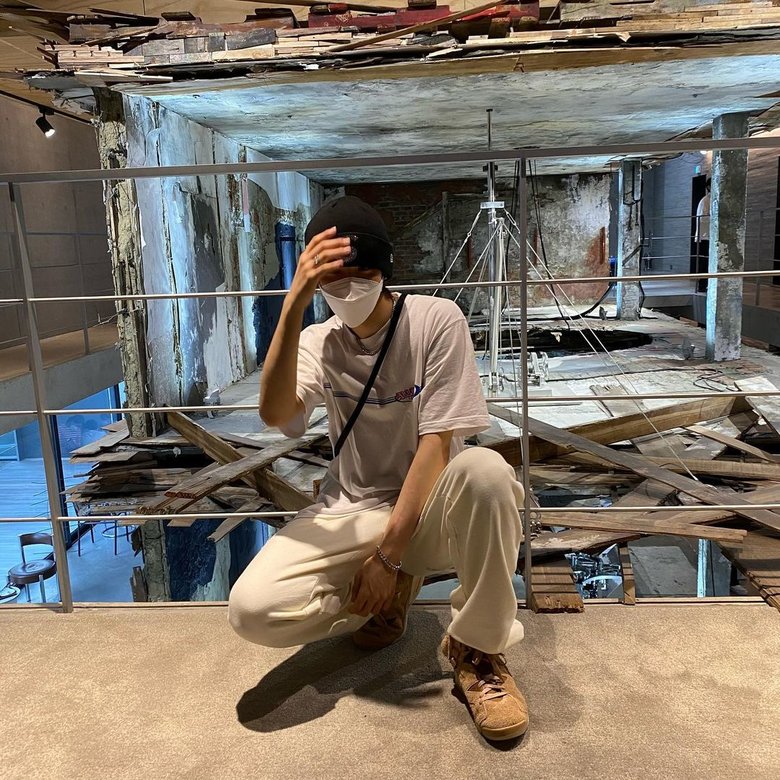 Shotaro has an eye for picking the best backgrounds for his Instagram photos. In this particular one, the background inspires a grunge aesthetic. It looks like a set in construction and Shotaro’s casual outfit goes perfectly with the same. 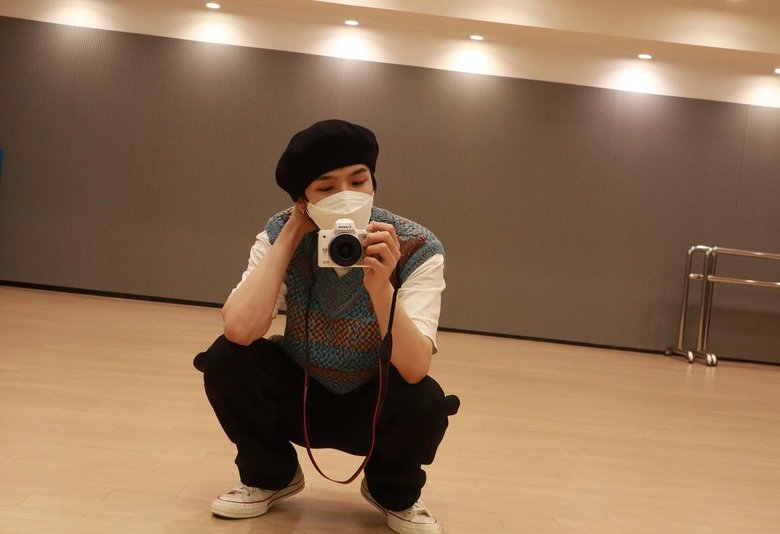 Shotaro takes the mirror selfie and brings it up a notch with a vintage camera in place of the usual cell phone. He’s also doing the classic Shotaro pose with the squat and we have to say, it is iconic at this point. 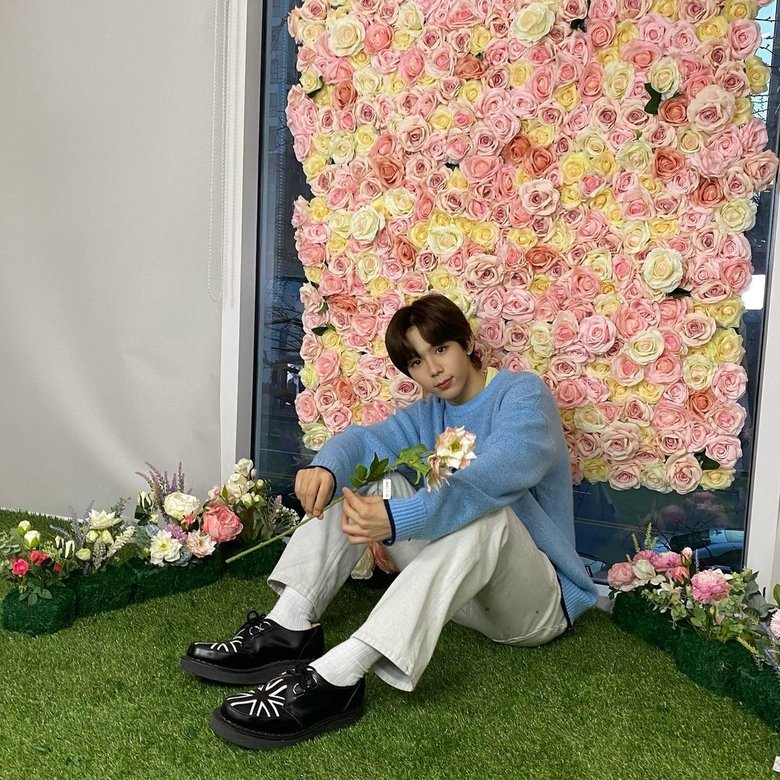 Flower walls never looked prettier! Against the backdrop of colourful pink and yellow roses, Shotaro looks even more like an angel! His pastel blue cardigan is the perfect outfit for this setting. 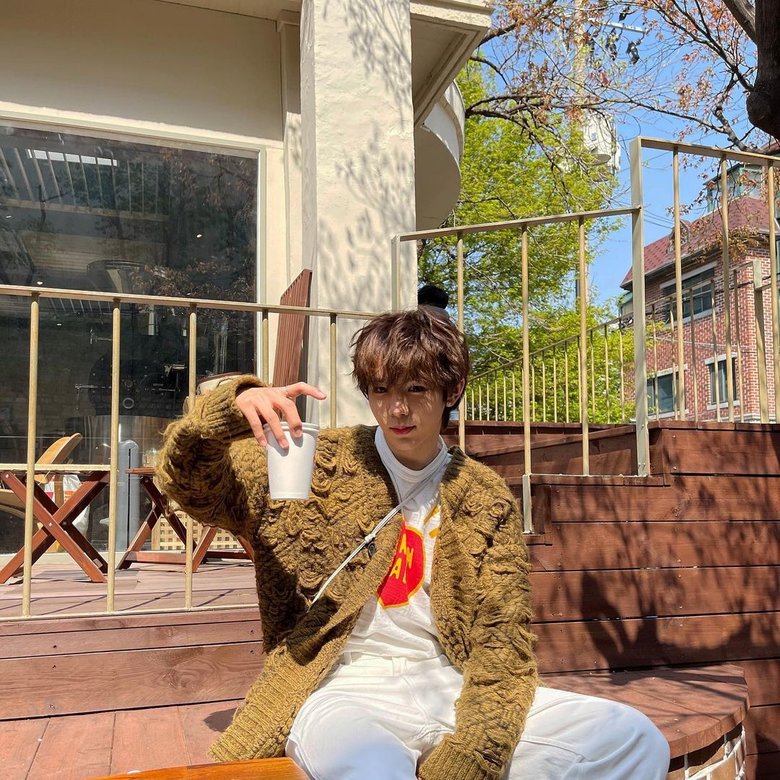 Shotaro is oozing boyfriend vibes in this photo set. As the warm golden sunlight hits him just at the right angles, we can’t help but wish we were there with him! Besides, we all wish we were as cool as Shotaro even when doing simple things like getting coffee.